The Erosion Of Empathy In Healthcare

The erosion of empathy in healthcare is a well-known phenomenon in medical schools. According to a 2009 study for the NCBI, erosion of empathy begins in most medical students from the third year and continues to decline until graduation. The study concluded that ironically the deterioration of empathy occurs just as the curriculum begins to shift towards patient care.

But why does this occur with such precise regularity and could one paediatrician’s unconventional approach provide a ray of hope for emotive patient care?

Writing in the Stanford Medicine Scope, Natasha Abadilla offers a personal account of the erosion of empathy in healthcare training. Her piece identifies the unfortunate reason why it may be unavoidable. As doctors acquire more knowledge about the pain of their patients, the need for emotional protection and (thus) emotional distance becomes greater:

“Additional knowledge of why our patients feel pain… sets the level of grief so much higher than before.” – Natasha Abadilla, Stanford Medicine Scope

Not only does it become more painful to empathize as context improves, but physicians are more exhausted than ever. This leaves them less able to be empathetic to begin with.

Physicians that are burned out and depressed have admitted that they were less engaged with their patients. In a survey of 15,000 physicians, Medscape found that 43% of respondents felt burned out and a further 15% were colloquially to clinically depressed.

If doctors need to depersonalize their patients in order to effectively treat them, is empathy in healthcare worth the sacrifice? That question should ultimately depend on how valuable empathy is, so what does the research say? 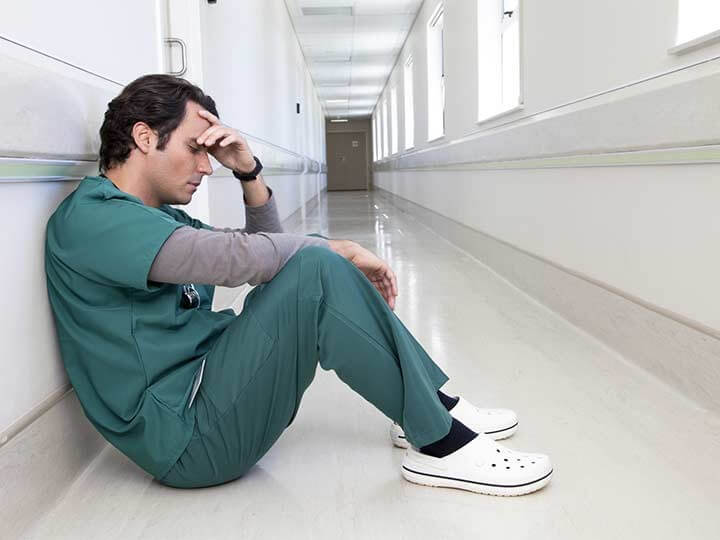 The rate of physician burnout is on the increase

How Important Is Empathy in Healthcare?

A study first published by the Canadian Medical Association Journal in 1995 found that effective physician-patient communication had an impact on patient health. The second most common outcome affected, after immediate emotional benefits, was symptom resolution. Empathy in healthcare was also linked to better medication adherence and fewer malpractice cases.

It is clear that there is much to be gained from more emotive patient care. The findings of the study were reinforced in dramatic fashion when a pediatrician from California captured the public’s affection in 2018 with a highly compassionate gesture for his young patients.

Tony Adkins: A Philosophy of Dance

In an interview at a GDS Summit, Tony Adkins shared elements of the philosophy which led him to start dancing with the extremely ill children in his care. He believes that making sure patients have as good a time as possible is essential. Treatment can’t be replaced, but he argues effectively establishing connections with patients can sometimes be more effective than further increases in pain medication.

“Once you connect with that patient, you win and they will trust you with their life forever.” – Tony Adkins, PA-C, MPH, MCHS 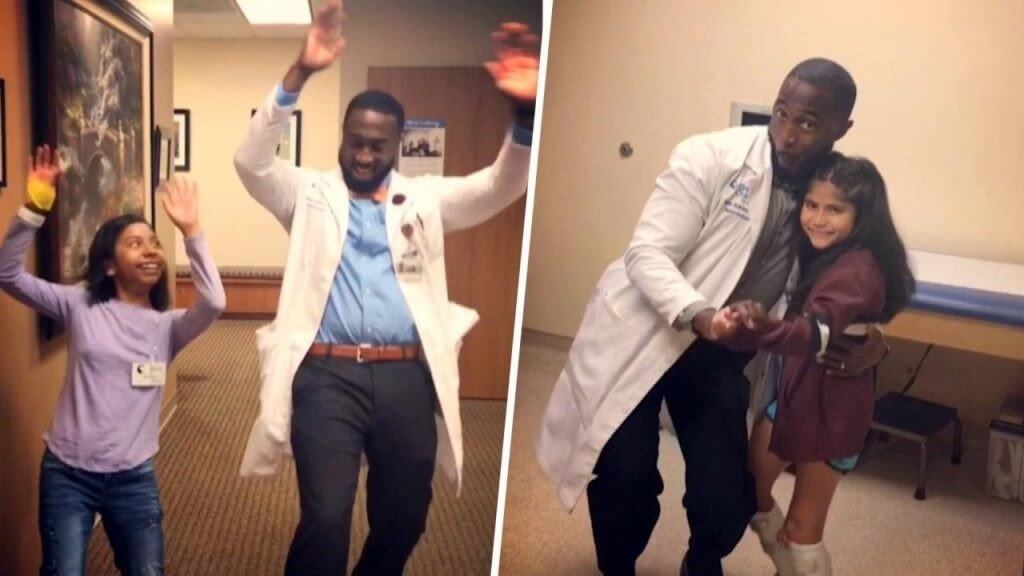 For Adkins, the most important thing is the well-being of his patients.

Patients’ wellbeing may be inseparable from the healthcare industry. But it is critically important that this is not only treated as a practical issue. At the same time, a complicated supply and demand problem is causing extreme pressure on physicians. In spite of their best intentions, emotional erosion is an unfortunate reality for most students.

In light of the recent GDS Insights publication for the healthcare industry that indicated the value of empathy in improving patient outcomes, it is prudent to consider the role of technology.

The GDS Group posits that personal connection between doctor and patient is a critical but difficult element of care. Circumstances of emotional and physical fatigue preclude physicians from engaging meaningfully with patients. The article cites the anecdotal example of a doctor who joyfully dances with his patients as a practical solution for overcoming this chasm.

This is a charming but impractical model from which to extrapolate a solution for an entire industry. Dr. Tony Adkins, the aforementioned dancing paediatrician, became a viral sensation from whom to glean this remedy because he was unique and novel. Unique and novel things are not easily repeatable; for many reasons including disinterest, personal and professional obligations, energy, social challenges, and so forth doctors lack the ability to form connections, notwithstanding that patients may not receive their efforts as they were intended (one size does not fit all).

However unbelievable, robots have precisely the capabilities to avoid the pitfalls doctors face. They are indefatigable and imminently scalable.

With the Emotion Processing Unit, virtual caregivers, robots and AI, for the first time, are also capable of feeling and understanding in human-like ways, empathizing, and forming meaningful connections. And they can adapt for every individual patient.

EPU-powered robots are the future of patient well-being: